This article was published in the Autumn 2022 issue of Litterae Populi. The full issue can be found here. 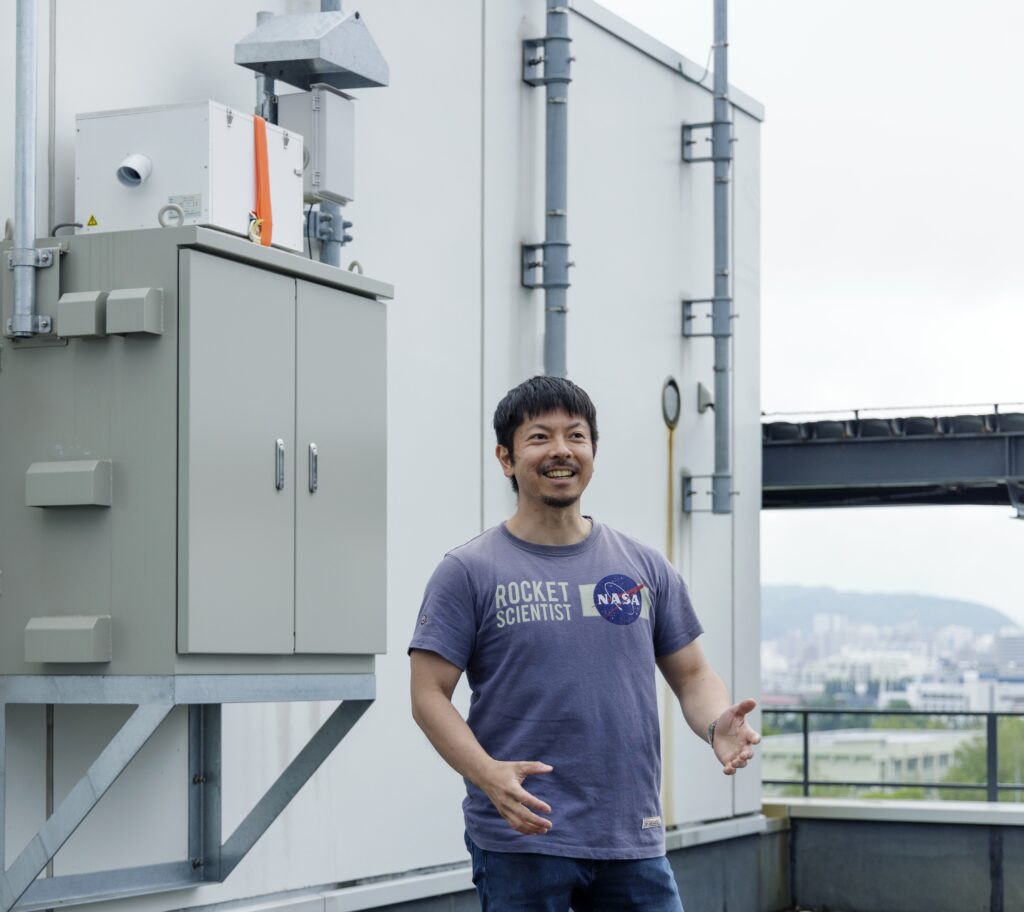 Teppei J. Yasunari. Associate Professor & Distinguished Researcher, Arctic Research Center.
The white box with the orange belt at the top left is a commercial version of the PM2.5 measurement system for cold regions of which he led development.

Associate Professor Teppei J. Yasunari holds a Ph.D. in the field of Earth System Science, and is engaged in research on air pollution, wildfires, snow and ice, and climate change. He completed a doctoral program at the Division of Earth System Science of the Graduate School of Environmental Science, Hokkaido University. He then served as a researcher at the Research Department of the Research Institute for Humanity and Nature (RIHN). After working at RIHN and undertaking research activities at NASA Goddard Space Flight Center for six years, he was appointed Assistant Professor at the Faculty of Engineering, Hokkaido University, in 2015. He assumed his present position in July 2021. He received the Young Scientists’ Prize from MEXT in 2019 and the Meteorological Society of Japan – Hokkaido Award in 2021. He was also awarded the title of “Distinguished Researcher” by Hokkaido University in April 2022. He is a researcher with great promise for the future.

Encounter with ice cores, a turning point in his life

Periodic reports by the “Intergovernmental Panel on Climate Change” (IPCC) have revealed the reality of global warming in recent years, and it has become an urgent issue to consider possible ways for humankind to survive in the future in view of global warming and the associated climate change. “Natural disasters,” “climate change,” “health,” and “air pollution” are essential keywords in the discussion of human sustainability. Associate Professor Teppei J. Yasunari of the Arctic Research Center at Hokkaido University is researching meteorology, atmospheric aerosols (air pollution particles), and glaciology in environmental science. He aims to develop findings directly related to the factors and impacts concerning those four keywords and to establish prediction and adaptation measures.

“When I was a high school student, I had the opportunity to observe an ice core (a cylindrical sample of snow and ice) collected from Antarctica visiting Hokkaido University’s School of Engineering. I was very impressed when I learned that information on the atmospheric environment over the past several hundred thousand years was preserved in this ice core and that we could learn about the atmospheric environment of those times by examining it,” says Associate Professor Yasunari. At the time, he wanted to be an architect, but this sparked his interest in scientific research. After graduating from Meikei High School, an integrated junior and senior high school (Tsukuba City, Ibaraki Prefecture), he entered Hirosaki University in Aomori Prefecture in 1999 to study meteorology. After graduating from Hirosaki University, he entered Hokkaido University’s Graduate School of Environmental Earth Science (master’s program) in 2003. He subsequently entered Hokkaido University’s Graduate School of Environmental Science (doctoral program) in 2005 and pursued research integrating glaciology and meteorology on atmospheric dust aerosols. “During research I performed in my graduate school days, I used ice cores drilled from an Alaskan glacier. Since studying meteorology at Hirosaki University, I had become very interested in research in a field where there are associations between ice core research (glaciology) and meteorology. My doctoral dissertation was based on the results of such research and led me to research air pollution in the cryosphere,” he recalls. 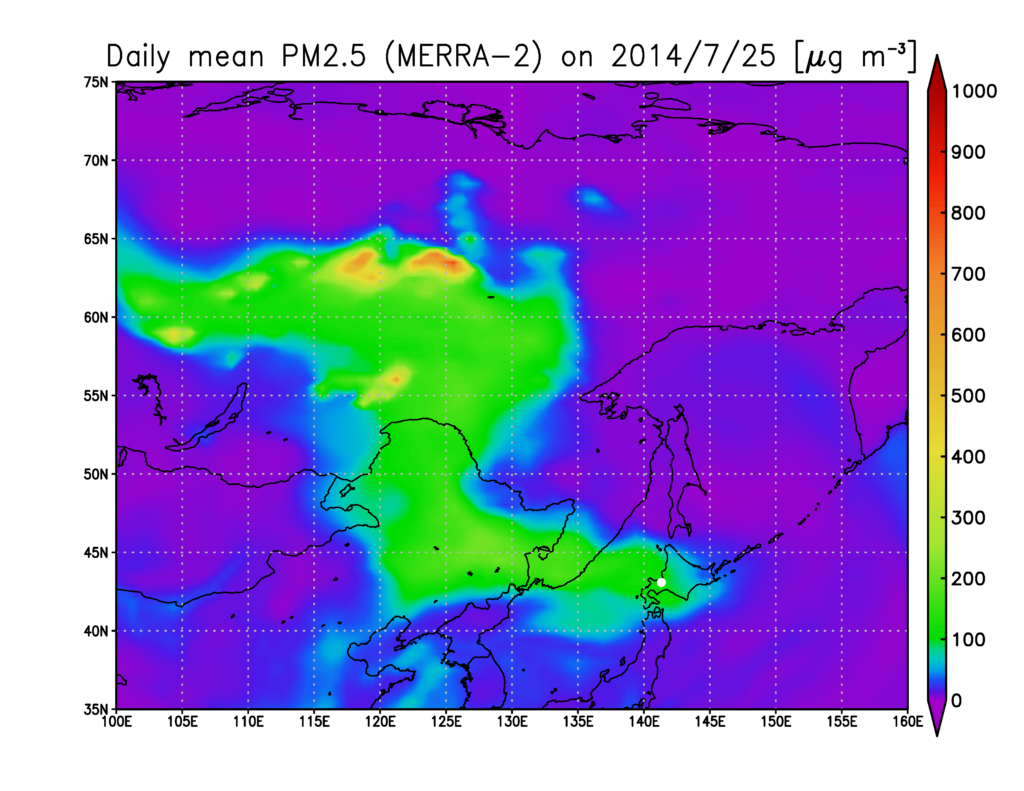 Associate Professor Yasunari completed the doctoral program at Hokkaido University’s Graduate School of Environmental Science in 2008. After working at the Research Institute for Humanity and Nature (Kyoto), he moved to the US and started working at Goddard Space Flight Center, one of the centers of National Aeronautics and Space Administration (NASA) in 2009. While working at NASA for six years (until 2015), he researched snow darkening by light-absorbing aerosols. “During this research period at NASA, I studied the impact of black carbon aerosols deposited on the Himalayan glaciers and developed a module to calculate the snow darkening effect by the light-absorbing aerosols, which was also incorporated into the NASA’s Earth System Model, GEOS-5. Global model simulations using this module also revealed the role of snow-darkening effect on spring climate in the Northern Hemisphere,” he said. Associate Professor Yasunari joined the University’s Faculty of Engineering in 2015. To establish the University as a center (super-site) for constant monitoring of air pollution in northern Japan, he installed a NASA AERONET site for aerosol optical measurement in collaboration with NASA on the rooftop of the School of Engineering. He also installed a ground-based lidar, equipment for observing vertical information of atmospheric aerosols using laser beams, in collaboration with the National Institute for Environmental Studies (NIES), and maintained the observation equipment to perform routine observation. In recent years, his research group has developed a PM2.5 measurement system for cold regions that can be operated throughout the year (a commercial version is now available), even in frigid regions such as the Arctic and Antarctica, in collaboration with Nagoya University. He deployed this equipment inside (the Hokuriku, Tohoku, and Hokkaido regions) and outside of Japan (Alaska) to obtain data on air pollution in the cryosphere, including the Arctic.

Associate Professor Yasunari is currently working at the Arctic Research Center to assess wildfires in and around the Arctic region (inside of the Arctic Circle and surrounding areas) and their impact on air pollution, and to develop methods to predict them. As an initial result of this research in 2018, his research group clarified the causative factors of three large-scale wildfires in East Eurasia with associated transboundary air pollution transport to Hokkaido: e.g., the case of the summer of 2014, as shown in Figure 1 (above). In 2021, his research group further discovered the unique summer climate (atmospheric circulation) pattern only seen in recent years that likely drives co-occurrences of European heatwaves and large-scale wildfires over Siberia and subpolar North America (Alaska and Canada) (see Figure 2, below). 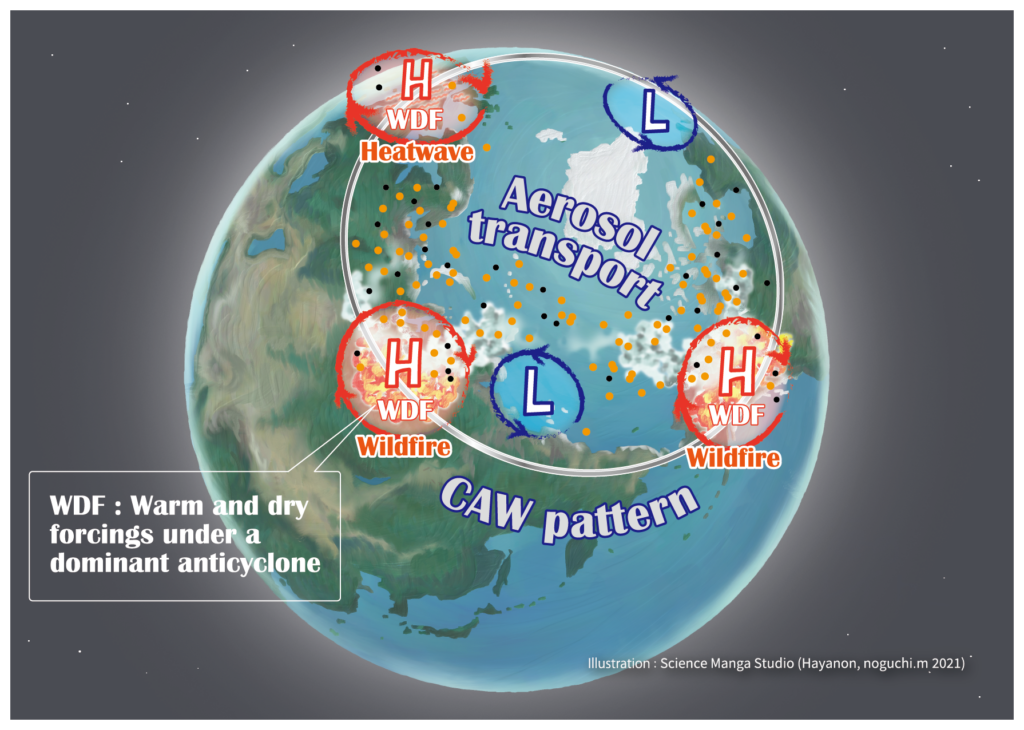 Figure 2. The summer climate pattern revealed in 2021 by Yasunari et al. likely drives co-occurrences of European heatwaves and large-scale wildfires over Siberia and subpolar North America. This climate pattern is named as the circum-Arctic wave (CAW) pattern based on the feature of three high-pressure systems over Europe, Siberia, and subpolar North America that encircle the Arctic during the summer. (Hayanon, noguchi.m, 2021; Figure 9 from Yasunari et al., 2021; doi:10.1088/1748-9326/abf7ef)

“When wildfires occur close to inhabited areas, their impact, from direct fire damage to related air pollution, is naturally significant. However, if we can predict wildfires at an early stage, we can prevent or reduce their impacts or take adequate countermeasures when they actually occur; therefore, we are trying to establish research methods to achieve these measures,” says Associate Professor Yasunari enthusiastically. He continues to perform challenging research for the sake of improving the sustainability of humanity in the future in terms of air pollution and climate. 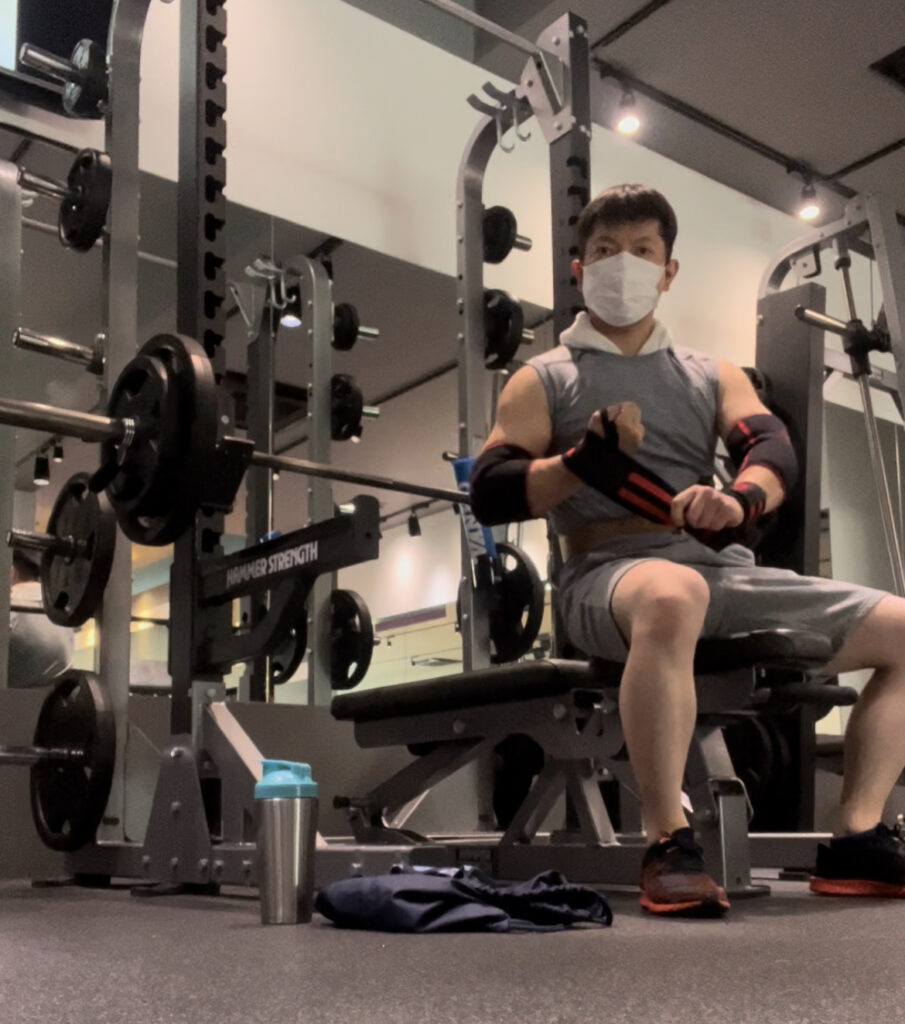 Strength training workouts pave a new way for a muscular researcher! “Outside of my research, I enjoy doing strength training workouts, preferring weight training. It is no longer a hobby but part of my daily life,” says Associate Professor Yasunari. It has become such an essential part of his daily routine that he cannot balance his research and other activities without the training. He also intends to perform various kinds of research using his built muscles as a muscular researcher in environmental science.

This article was published in the Autumn 2022 issue of Litterae Populi. The full issue can be found here.