Exploring the connection between the Antarctic Ocean and rising sea levels

This article first appeared in the special feature Understanding the Impact of Climate Change. 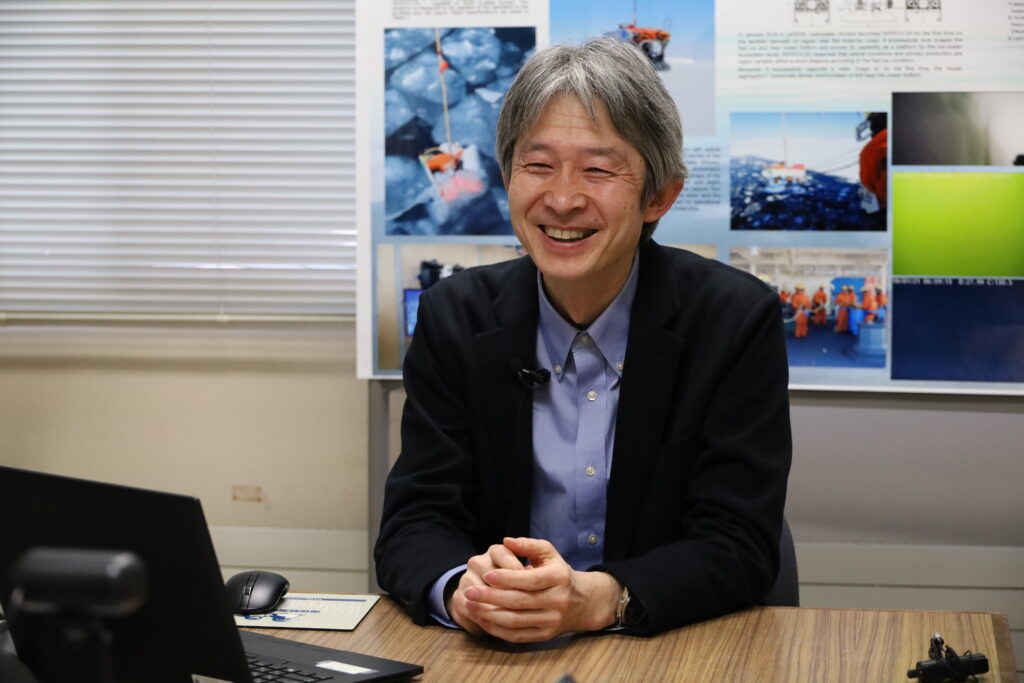 The 61st Japanese Antarctic Research Expedition (November 2019 – March 2021) was the first in the world to successfully conduct intensive observations off the Totten Glacier in Antarctica, which had been considered difficult. Associate Professor Shigeru Aoki, the leader of the expedition, talked about the significance of Antarctic observation and its future prospects.

Rapid melting of Antarctic Glaciers: Elucidating how this occurs 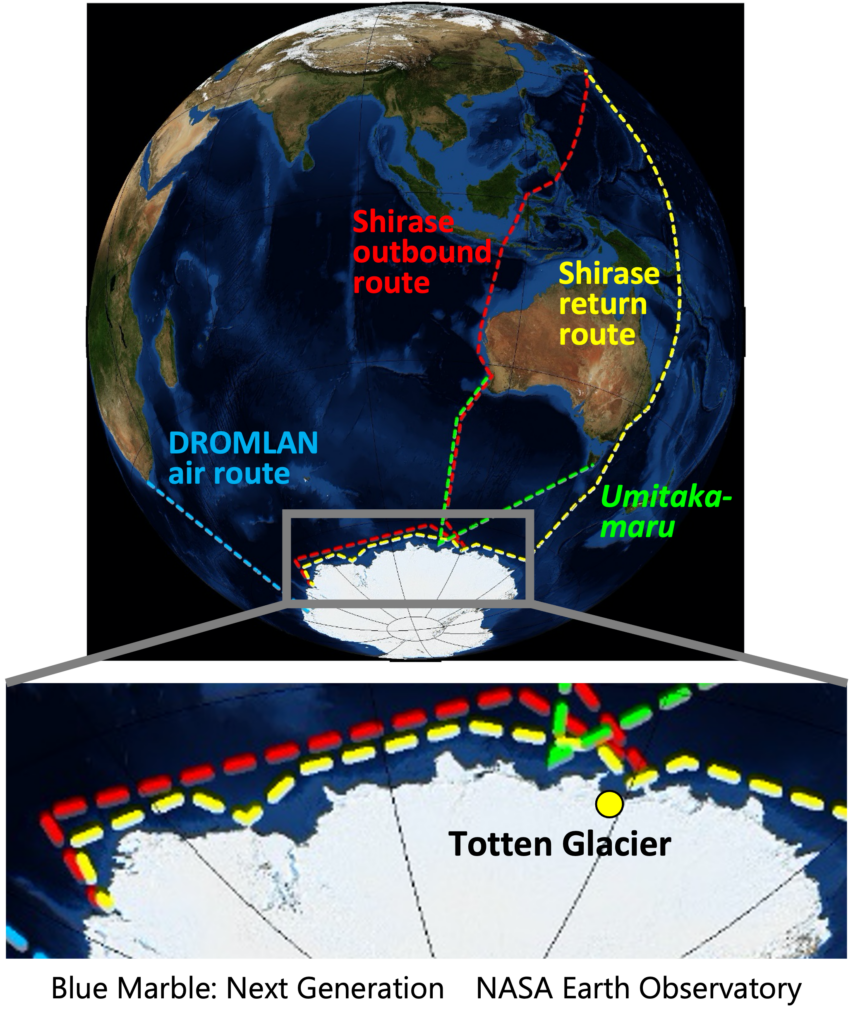 The 61st Expedition conducted surveys off the Totten Glacier on the way to Syowa Station and on its return trip, by the Japanese icebreaker Shirase.

Observations off Totten Glacier reveal how the sea melts ice

Ice shelves are areas where glaciers and ice sheets are pushed out from land into the sea. There is a huge whirlpool offshore of Totten Glacier which causes warm seawater to flow under its ice shelf. The 61st Japanese Antarctic Research Expedition revealed the connection between Antarctic ice and seawater: the warm seawater accelerates the melting of the ice shelves.

The warm seawater flows under the ice shelf through a deep trough connected with the offshore basin, accelerating the melting of ice.

We can use satellites to determine the extent and thickness of Antarctic ice to determine the amount of ice. However, to understand the mechanism by which Antarctic ice melts, we need to actually go into the field and study the seafloor topography near and beneath the ice shelf, as well as the temperature, salinity, and circulation of the seawater.

The 61st Expedition also installed a monitoring system off Totten Glacier to periodically measure seawater temperature and salinity. Once this monitoring system is recovered, long-term data analysis will be possible. It is hoped that more detailed mechanisms of the melting of Totten Glacier will be revealed, leading to the prediction of climate change occurring on a global scale. 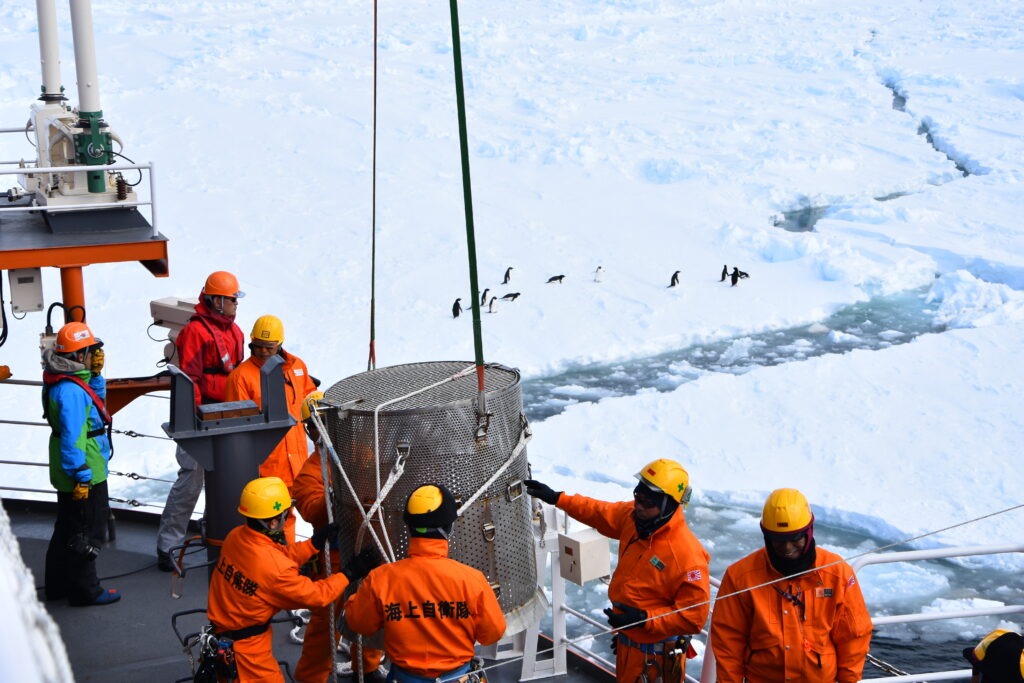 Two major teams from Hokkaido University participated in the key observations off the Totten Glacier: an ocean observation team and a glacier observation team. One of Hokkaido University’s strengths is that it has a diverse team of staff, with expertise in various fields, who can go out into the field and conduct observations. One group had the skills to know the actual oceanic conditions surrounding glaciers in detail, while another group was skilled at drilling glaciers to study the glaciers themselves and the conditions beneath them. This combination is something that is not easily found anywhere else in the world. Furthermore, within the University, the glacier group and the ocean group are closely associated, and I think this is one of the strengths of Hokkaido University. 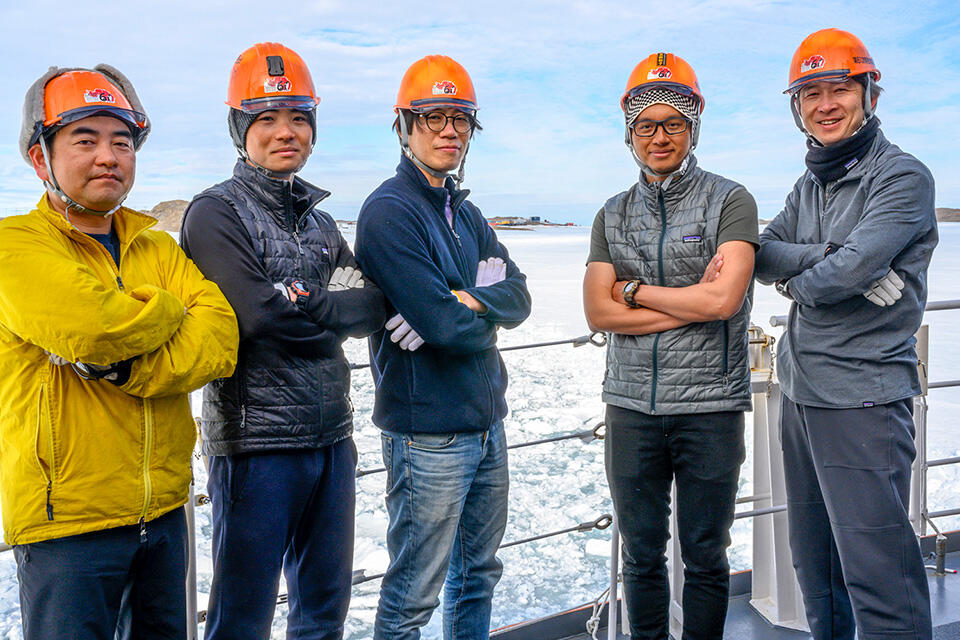 Teams from the United States and Australia also participated in observations off the Totten Glacier.

The American group’s idea was to fly a helicopter from the Shirase to observe the ocean. By using a helicopter, they were able to safely conduct observations in places they had never been before. In addition, our Japanese observers set up the observation equipment brought by the Australian group in the ocean and conducted observations.

Recently, it has been discovered that the glacier next to Totten Glacier is also melting. Australia is leading research at that location, with Japan providing support.

In the study of Antarctic glaciers and oceans, it is not easy to reveal the whole picture. However, we are sharing the work by utilizing the strengths and backgrounds of each country, and are promoting international joint observations. 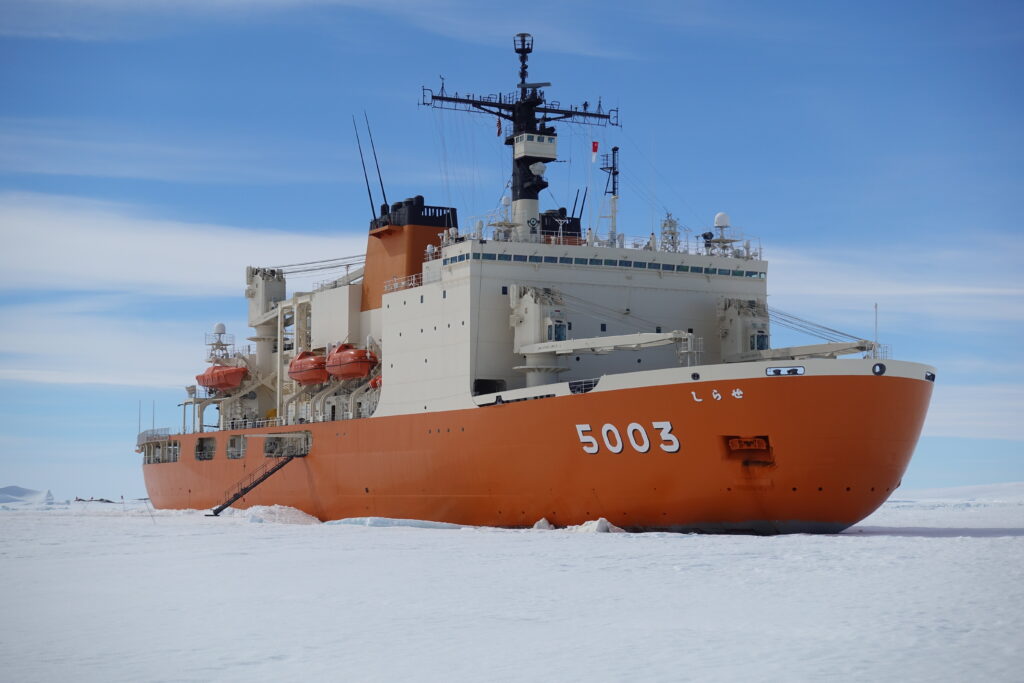 Clarifying global ocean circulation from the study of the Totten Glacier

In addition to observations at Totten Glacier, I would like to uncover how changes are occurring in Antarctica as a whole.

We are gradually learning that warm ocean water is approaching from offshore Totten Glacier towards land, and that warm ocean water is also flowing in front of Showa Station. These are not separate phenomena — there must be a common mechanism that connects or influences them. What I would like to focus on in the future is to clarify how the warm water melts the Antarctic ice, and how this melted water changes the circulation in the deep ocean.

It is vital to continue long-term observations of Antarctic ice and ocean changes. There are still areas where the sea meets the ice that have not yet been observed. I hope that the next generation will continue our observations and at the same time invent new, more efficient and more powerful means of observation.

The ocean is a difficult place for information to be transmitted. However, once transmission signals are in the atmosphere, they can be exchanged via satellite communications. Recently, robots that can move autonomously in the ocean have been developed rapidly, expanding the range of observation.

I believe that these technological advances will make it possible to observe the boundary between the ice and the ocean in the future, and I hope that young people will take on the challenge of such new observations. 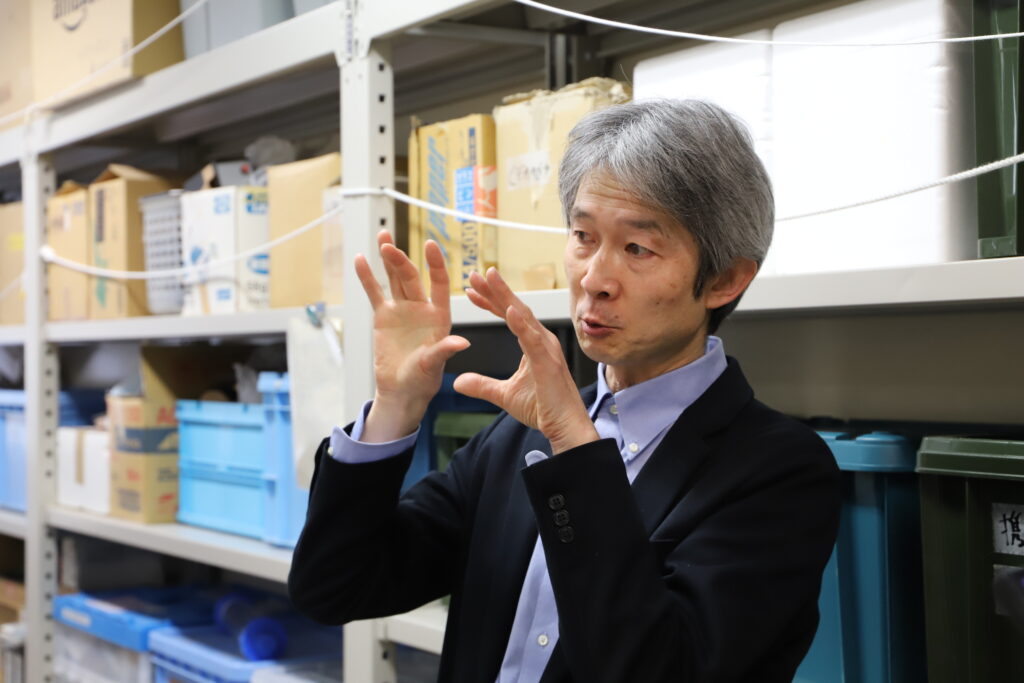 Part of the special feature Understanding the Impact of Climate Change