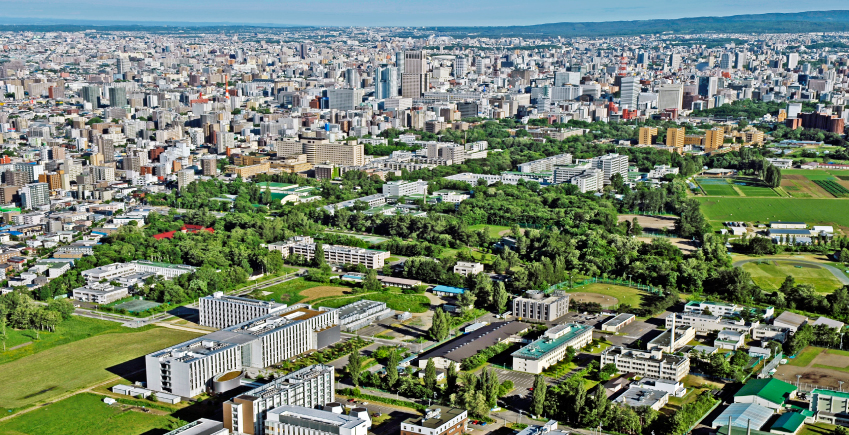 It is rare anywhere in the world for a campus of approximately 180 hectares (stretching 2 km from north to south, and 1.6 km east to west) to be located in the center of a city with a population of two million people. Remarkably, the built environment covers a mere 12% of this extensive campus, with the remaining consisting of open spaces such as farms, green spaces, forests, creeks, and pathways.

These spaces include many woodland areas as well as architecture dating right back to the time of Sapporo Agricultural College, the predecessor of Hokkaido University. As such, the Hokkaido University campus assumes an important role as a spine of green space as well as water system in Sapporo, and functions as the ‘lungs’ of the city.

Often voted the most beautiful campus in Japan, Sapporo Campus is stunning through out the four seasons attracting tourists from all over Japan as well as from overseas.