Social vulnerabilities of coastal communities and their reliance on blue carbon ecosystem services may be improved by addressing three major factors, according to a study led by Hokkaido University researchers. 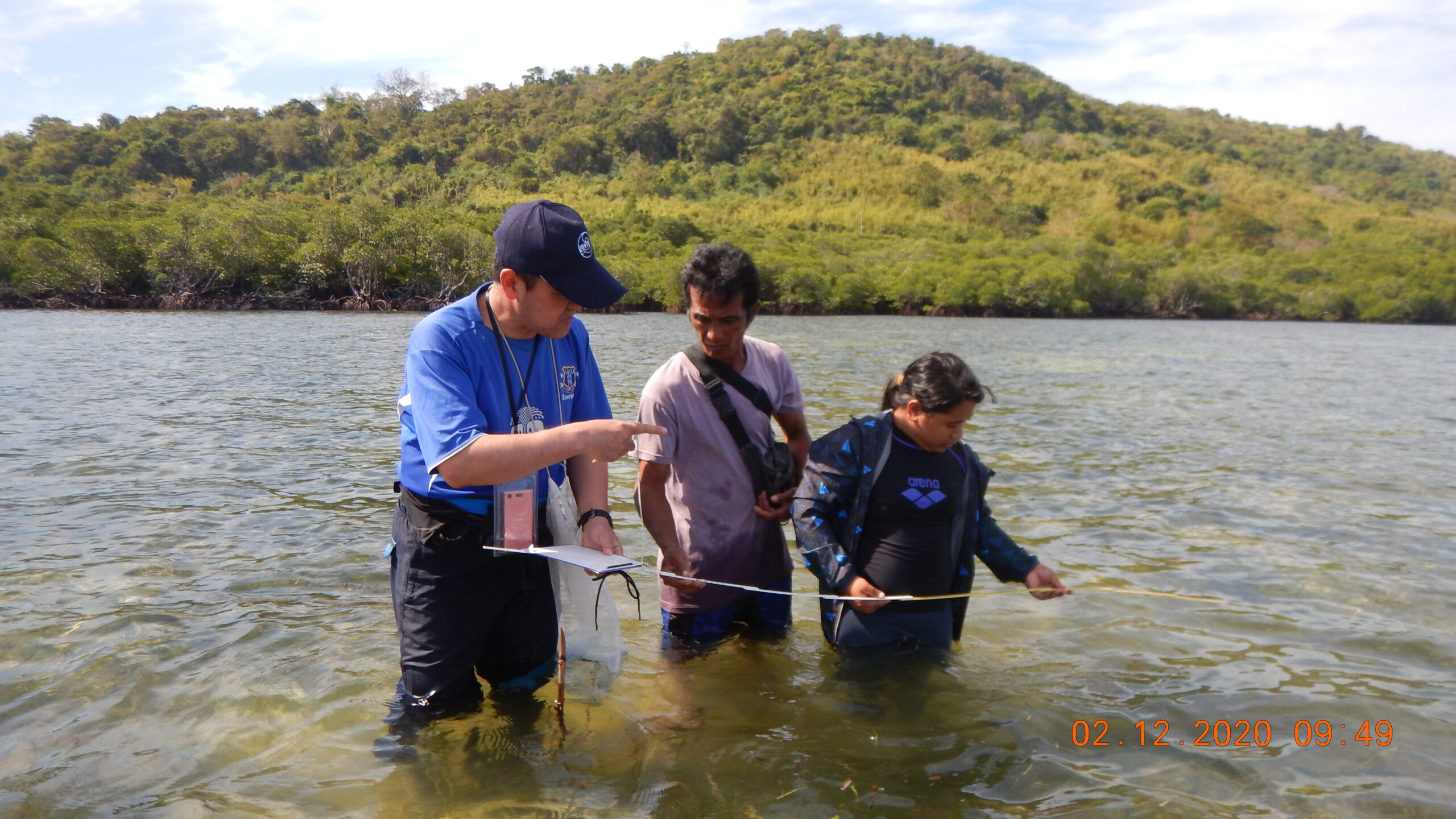 Ecosystem services (ES) are benefits nature provides to humans. In coastal areas, seagrass meadows and mangroves provide key ecosystem services, including carbon sequestration and climate mitigation. The carbon sequestered in coastal and marine vegetated ecosystems is known as blue carbon, and the ecosystems are usually referred to as blue carbon ecosystems. Blue carbon ecosystems are being lost at a high rate in Southeast Asia. This is problematic because local communities living on the coast heavily rely on seagrasses and mangroves for provisioning services such as livelihoods and food security.

A team of scientists from Japan and the Philippines, including Dr. T. E. Angela Quiros, Dr. Kenji Sudo and Professor Masahiro Nakaoka of the Field Science Center for Northern Biosphere at Hokkaido University’s Akkeshi Marine Station, examined the social vulnerability of fishing communities that rely on blue carbon ecosystems. The Hokkaido University team collaborated with Busuanga-based NGO C3 Philippines and members of the local government, as well as the Busuanga community for the field collections. Their findings, presented at the sixth International Marine Conservation Congress (IMCC6) and published in the journal Frontiers in Marine Science, suggest conservation strategies to manage social vulnerabilities of coastal communities who rely on blue carbon ecosystems. 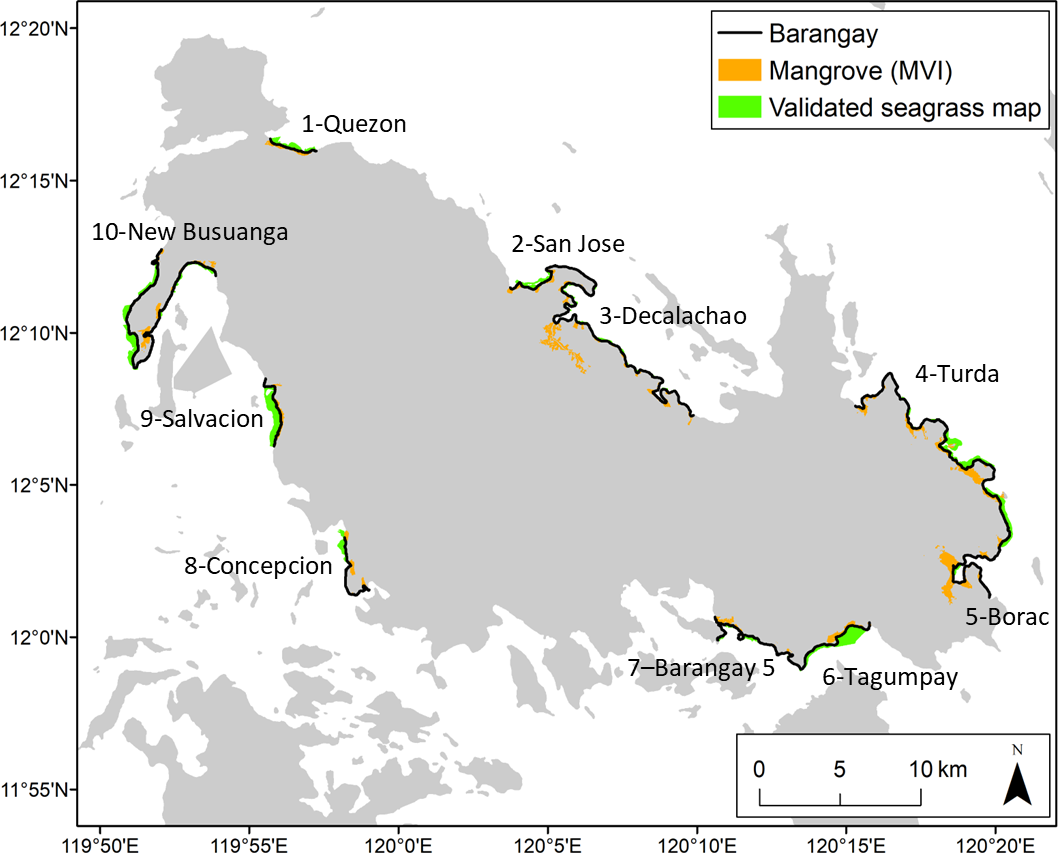 The 10 fishing communities on Busuanga Island surveyed in this study. Black lines indicate the barangay (administrative district) in which each community is located; and mangroves and seagrass beds used by each community are indicated by orange and green, respectively (T. E. Angela L. Quiros, et al. Frontiers in Marine Sciences. August 3, 2021).

Seagrass ecosystems and their fisheries were more vulnerable to loss and degradation than mangrove ecosystems and fisheries as it takes more effort to catch the same amount of fish from seagrass ecosystems compared to mangrove ecosystems. Furthermore, certain seagrass meadows and mangrove forest types were more sensitive as they occupied a smaller area of the coastline and were host to lower species numbers; others had decreased adaptive capacity due to physical isolation and hosting species with slower growth.

The social vulnerability of each community surveyed in this study, broken down into the three criteria and combined to determine the total vulnerability (T. E. Angela L. Quiros, et al. Frontiers in Marine Sciences. August 3, 2021).

Across all communities, adaptive capacity was constrained by the lack of education, but increased with diversified livelihoods and access to information from and initiatives by NGOs and community organizations.

“Our findings show the need to improve access to education, increase NGO activities and the number of organizations around blue carbon ecosystems, and initiate equitable fisheries management for the vulnerable seagrass and mangrove fisheries,” says Angela Quiros.