My thoughts on Russia’s invasion of Ukraine 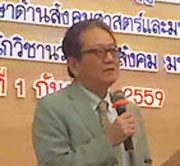 On February 25, 2022, Hokkaido University’s Slavic-Eurasian Research Center—Japan’s sole hub for collaborative interdisciplinary research on this region—issued an urgent protest against Russia’s invasion of Ukraine, which had begun the previous day and sent shock waves around the world. Three days later, Hokkaido University President Kiyohiro Houkin released a statement calling for an immediate end to Russia’s military intervention in Ukraine. Having led Japan’s academic exchanges with Russia, the university has now taken a firm stance against Russian aggression. Meanwhile, in Russia, there is growing criticism of President Vladimir Putin, with some of my Russian friends publicly condemning his actions.

In the face of this crisis, media organizations are reporting what is going on in Ukraine and providing various analyses of the situation. I would like to share my thoughts on the crisis.

No one knows how the Ukrainian situation will play out. But, I would like to suggest two extreme scenarios. The first is a so-called “decapitation,” or a successful Russian operation to capture Ukrainian President Volodymyr Zelenskyy in Kiev. The second is a “line-of-duty” scenario, in which Zelenskyy dies an honorable death.

Some compare Russian military aggression to the 1990 invasion of Kuwait by Iraq, which triggered the Gulf War, but it reminds me of the U.S. invasion of Panama in 1989. At that time, then-President George H.W. Bush vowed to topple the dictatorship of General Manuel Noriega, which had become corrupt through drug trafficking. The United States captured the Panamanian leader and took him to the U.S. to be prosecuted under American law.

What will Putin do? He might have Zelenskyy captured alive and taken to Moscow, where some kind of “drug” (an old, well-known trick of Putin’s) is administered to force him to “confess” to being a “fascist” before executing him. I fear this “decapitation” scenario most of all.

What should Zelenskyy do? I am reminded of the 1973 coup in Chile led by General Augusto Pinochet. Then-President Salvador Allende, a socialist who had been freely elected, refused to surrender when faced with the coup and committed suicide. Since then, Allende has been considered a kind of hero by succeeding generations. I wonder if Zelenskyy will choose this path as the “star” of Ukrainian resistance. This is also a very distressing scenario.

But another scenario, a domestic Russian backlash against the invasion, is also possible. It is said that many in the Russian leadership were reluctant to wage war against Ukraine, but went along with it because they are afraid of Putin. Nobody wants to take responsibility for the “state crime” of killing their “brothers.” One day, like Joseph Stalin, Putin will be proved mortal. Putin’s successor will certainly blame everything on Putin.

In reality, events are likely to be some combination scenarios. While applying military pressure on Ukraine, Russia is making Ukrainian negotiators come to an area it controls near the border, and trying to make them surrender under the guise of negotiations. This tactic is reminiscent of the method the Soviet Union used to crack down on the Prague Spring of 1968, a brief period of liberalization in Czechoslovakia during the Cold War. Russia’s claim that the sovereignty of Ukraine can be exercised together with Russia is the same doctrine as the one applied by then-Soviet leader Leonid Brezhnev toward Czechoslovakia.

Why has Russia chosen a classic ground attack?

Here, one question comes to mind. If a state leader was the only target, the United States, for example, would concentrate on capturing the leader. Fresh in our memory is when U.S. special forces captured Iraqi President Saddam Hussein alive, and the killing of al-Qaeda founder Osama bin Laden. Russia could have used such a special force to go after Zelenskyy. Why hasn’t it done that? Doesn’t it have such a capability? Or does it have a different intention?

Putin is probably irritated about the delayed Russian military advance in the face of Ukrainians’ brave resistance. Also, it is probably correct to assume that many Russian soldiers were made to think that they were taking part in a military drill before being mobilized for invasion.

At the same time though, I wonder whether Russia is carrying out a ground assault as a warning to neighboring countries. In the numerous “poisonings” in which Putin is said to have been involved, Russian opposition leaders and former spies were targeted and their suffering was shown as an “example.”

I have a feeling that the ground assault is designed to show what would happen if former Soviet republics—including countries in central Asia—would face if they fail a loyalty test. In a nutshell, Russia is telling them to do as Russia says, or at least not to leave Russia or get involved with the West, or otherwise, they will end up sharing the fate of Ukraine.

So, this war isn’t a cyberwar, but a classic invasion with the aim of controlling another country’s territory and eventually annexing it.

Start of a new era?

It is widely thought that Putin dreams of a world without the present U.S-led international order. This is probably accurate. After the fall of the Soviet Union, the administrative boundaries of the Soviet constituent republics were made into national borders to prevent conflicts between them. Another principle, which was shared in the latter days of the Cold War and the post-Cold War era, was that their national borders can be changed only by peaceful means. Both principles have come crumbling down. Of course, Russia challenged these principles in the 2008 Russo-Georgian War and the 2014 annexation of Crimea. This latest war has made it clear that Russia denies these principles outright.

It means that Russia intends to impose national borders and a new order through the use of force. This situation is similar to that of the early Cold War period following World War II, when there was no fixed sphere of influence for the capitalist and communist blocs. If history is any guide, will Russia use various excuses, including “security” grounds, to expand its sphere of influence by any means?

Another question comes to mind. The early Cold War period involved a struggle between two different economic systems: socialism and capitalism. But the current conflict is different. China has become a pivotal player. With its vast domestic market, China is trying to expand its economic influence overseas, while at the same time creating its own yuan-based system independent of other countries. If Russia is cornered by global economic sanctions, will it rely on China, an economic giant and one of its few “friends”? This means Russia must rely on a country it looked down on as a “little brother” during the Cold War. I cannot imagine that proud Russia would accept the notion of coming under the control of the yuan and looking up to China as a “big brother.”

Nonetheless, I can say one thing: The end of this crisis will signal the emergence of a new international order. Nobody knows what kind of new order will be born, but we must brace ourselves at this critical juncture.

*This essay is the personal view of the author and does not reflect the position of the university or the organization to which he belongs.

Akihiro Iwashita is the Director of the Slavic–Eurasian Research Center (SRC) at Hokkaido University. He is an expert in Russian politics, Sino-Russian and Japanese Russian relations, Northeast Asia, and border studies.

My thoughts on Russia’s invasion of Ukraine