Collaboration on early detection could foil next pandemic 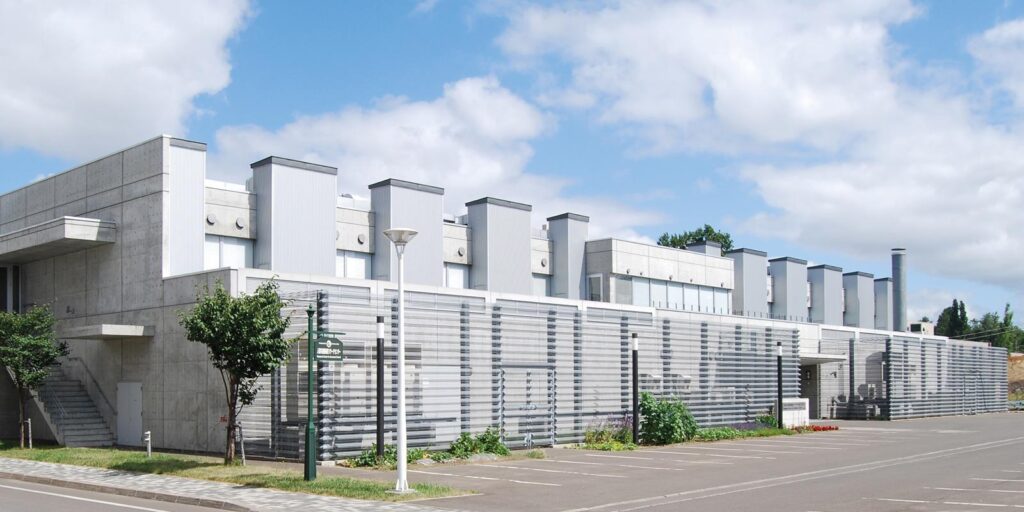 After years of pandemic disruption since the outbreak of COVID-19 in late 2019, governments are keen on research that will help with early detection, including the origins of infectious diseases that jump from animals to humans, known as zoonosis – the leading theory behind the evolution of the virus causing COVID-19.

According to the United Nations Environment Programme, three out of every four emerging infectious diseases are zoonotic. Scientists link the pathogen spillover from animals to the decline in preserved natural environments and closer interaction between humans, livestock, and wildlife.

The Research Center for Zoonosis Control was first set up at Hokkaido University in 2005, which opened the HUCZCZ two years later. This evolved into the IIZC. In addition, IIZC operates the Japanese-funded biosafety level three laboratories in Zambia which analyse dangerous viruses. The laboratories are rare in that part of Africa as they are expensive to set up and run.

Since 2011, the IIZC has become a World Health Organization Collaborating Centre for Zoonoses Control, providing training on diagnosis and surveillance measures. The IIZC also serves as a virus, bacteria and parasite control hub in East Asia; and the HUCZCZ has a similar role in Sub-Saharan Africa.

Transmission between animals and humans can occur anywhere in the world, but – as in the case of COVID-19 – can have global impact, making it imperative to study zoonosis before it spreads and to put in place surveillance and early warning systems where they might be needed, in particular, near sites where zoonosis occurs.

“Collaboration in Zambia has contributed vastly to breakthroughs in the herculean task of identifying zoonosis sources of viral, bacterial and parasite-related diseases. Human to human transmission is easier to identify but early detection is crucial to control pandemics,” said Yasuhiko Suzuki, IIZC’s director at Hokkaido University.

The researchers work together to identify host animals in Africa in their natural habitat and analyse the data on zoonotic pathogens in laboratories in Zambia and in Hokkaido. The outcome of the research feeds into databases used for developing diagnostic technologies and vaccines worldwide.

Suzuki points out that successful identification of zoonoses through the two centres, one in each country, often demands years of testing, behaviour surveys and countless discussions between the two partners.

“The collaboration serves as a reference point for viral, bacterial and parasite detection as it promotes a multidisciplinary approach,” he said, referring to knowledge gained from local communities which is important for groundwork that benefits infectious disease research. 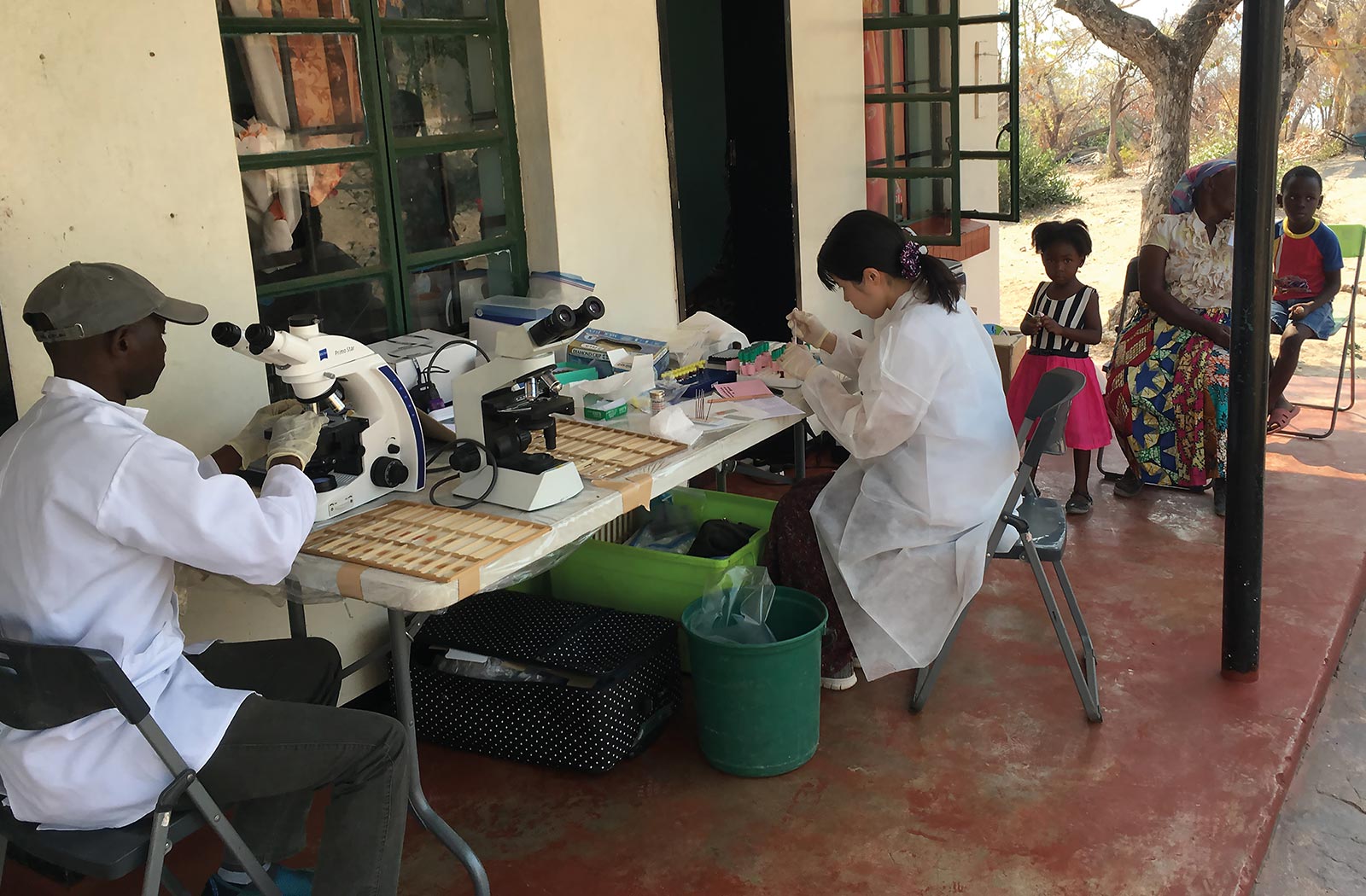 An important goal is high-quality training for more veterinarians, medical doctors and other specialists in Zambia. Lectures and training are provided for researchers and technicians. Japanese and Zambian graduate students participate in exchange visits to both centres.

Katendi Changula, a senior researcher on zoonotic pathogens in bats at the department of para-clinical studies in the School of Veterinary Medicine at the University of Zambia, said via email the capacity building and equipping of laboratories has led to high-quality research by Zambian researchers and underscores the benefits of the collaboration.

In the past decade the project helped train 82 zoonosis control experts, many of whom teach at the School of Veterinary Medicine or work in policy and government-level decision-making to support the centre’s aims.

Sophisticated molecular testing for virus detection is now carried out in the Zambia centre.

The project has also developed rapid diagnostic kits, vaccines and therapeutic medicines to control the spread of viruses. Over the years, the Zambia centre – now operating with mainly local scientists – has been credited with detecting and isolating more than 20 new viruses carried by wild animals and arthropods.

Hokkaido University postdoctoral fellow Misheck Shawa, who is from Lusaka, said: “In my opinion, the partnership has led to technical support and human resources development as students enhance their skills by further training.”

Shawa is developing a cost-effective diagnostic tool to aid efficient identification of multidrug-resistant bacteria among patients in Zambia using technology that detects these bacteria by directly binding to specific parts of their DNA.

Hokkaido University Associate Professor Masahiro Kajihara, a Japanese expert in viral hemorrhagic fevers who has lived in Zambia to help with capacity building at the centre, explained in an interview that research activity – involving laboratory experiments, rapid diagnosis and response during outbreaks – is increasingly led by local scientists.

For example, Zambian scientists who obtained their PhDs in Japan were able to promote PCR (polymerase chain reaction) testing to identify COVID-19 and its variants in Zambia in 2020. During the early stages of the pandemic, they provided similar training in government-run laboratories in Zambia.

“The centre currently hosts only one Japanese national and is actively utilised by doctoral students and experienced researchers not only from Zambia but other neighbouring countries,” said Kajihara, who is also involved in a World Bank-supported project to train doctoral students in higher education research centres in eastern and southern Africa. 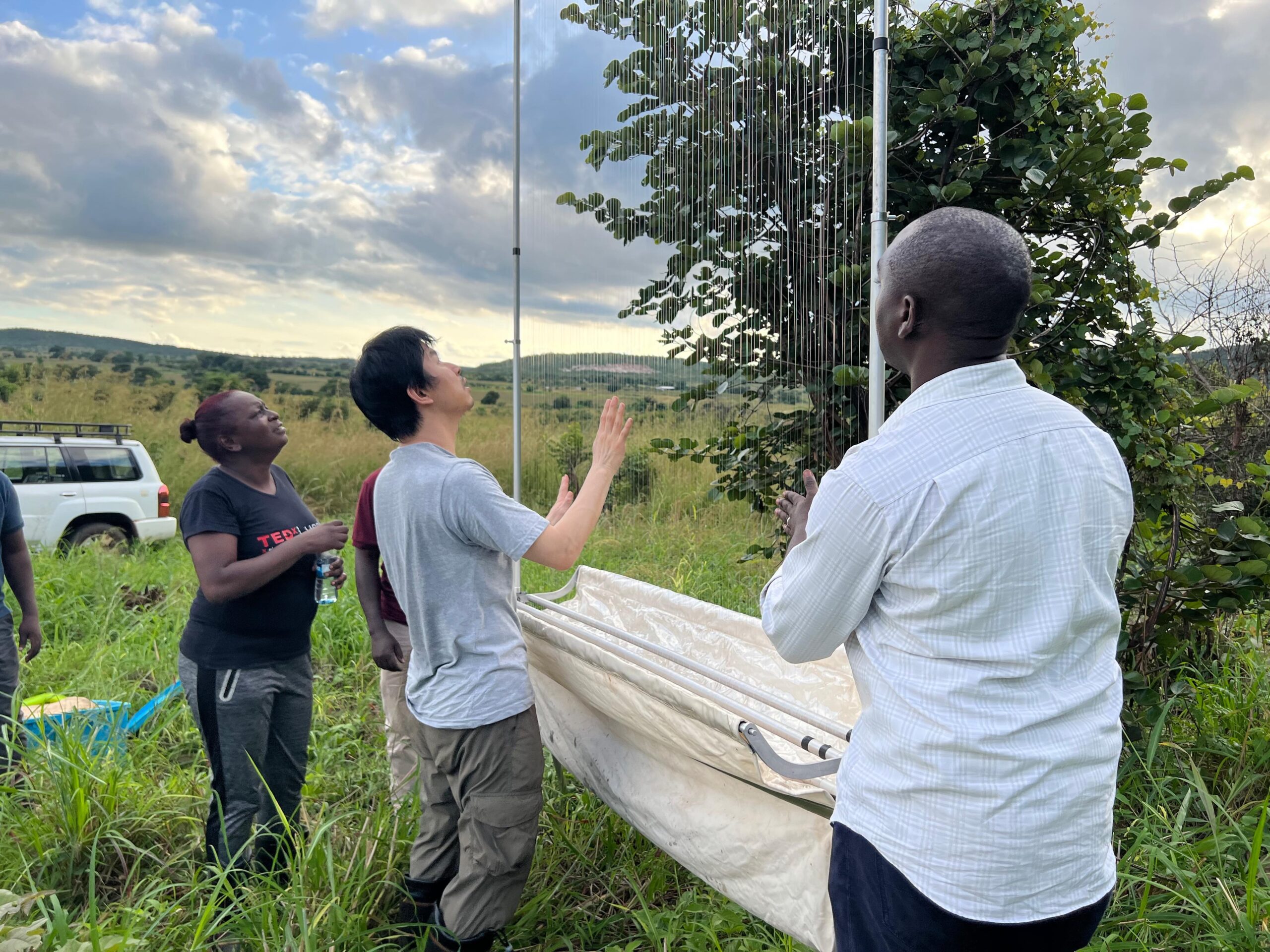 A large team of local researchers working with Kajihara is tracing the lethal Marburg virus which causes Marburg Virus Disease. The virus belongs to the Filoviridae family, which includes the Ebola virus that caused a large epidemic in West Africa during 2013-15. The Marburg Virus Project, launched in 2014 and supported by Japanese funds, investigates viral antibodies in Egyptian fruit bats.

While human transmission has not so far been reported in Zambia, Kajihara points out that such surveillance serves as an early warning system.

“Blood tests discovered antibodies for the Marburg virus that was particularly prevalent during the later months of the year, illustrating the seasonal and ecological aspects of the virus. While Zambia has never experienced an outbreak of Marburg virus disease, we finally discovered some bat species inhabiting caves were infected with the virus,” he said.

The more recent study, which will be published soon, used a special animal tracking system using dataloggers – small battery-operated instruments attached to the bat bodies that transmit their location and environmental data.

Kajihara is also known for his investigation of the tick-borne Crimean-Congo hemorrhagic fever. “I worked with local researchers who played a key role in our intensive field work to collect samples to identify the pathogen,” Kajihara explained.

Hokkaido University Assistant Professor Kyoko Hayashida, a parasitologist focusing on neglected zoonotic diseases such as the Human African Trypanosomiasis (HAT) or sleeping sickness, transmitted by the tsetse fly, said such collaboration is critical to her research.

“The best part of working with the Zambian centre is the ability to expand research on the field covering diverse populations. Findings are therefore not restricted to lab specimens. Sharing information with African researchers is getting easier as Zambian students are also trained in Hokkaido,” she told University World News.

Hayashida conducts extensive field surveillance research such as detecting pathogens in flies or blood from domestic animals and humans in rural communities in Zambia. Neglected diseases are tropical diseases that are endemic to Africa, Asia and the Americas, like HAT, for which research and treatment options are lacking due to limited financial support.

Mortality from HAT, through international support, has been reduced, but Hayashida pointed to the risk of re-emergence as an important reason to continue monitoring.

Hayashida’s breakthrough is the development of a portable field-friendly test that uses a method called loop-mediated isothermal amplification (LAMP), an alternative to PCR testing. Unlike PCR, it does not require expensive equipment. The portable kit is based on a special reagent that does away with the traditional multistep process and remains stable without refrigeration.

The team is now using robotics to automate and standardise the quantity of reagents.

Other IIZC joint projects include a detection and vaccine development project to control the outbreak of Anthrax, a bacterial infection that affected more than 400 people through human transmission in 2011. Research carried out by the Japan-Zambia team revealed the disease was related to people who eat infected hippopotamus meat.

The collaboration has not only benefited Zambia, but also helped boost Hokkaido University’s reputation as a leading research centre in Japan for control of zoonotic diseases.

The Zambia centre is now an independent, established research institute. Hayashida said the focus is now on strengthening ties between Japan and Zambia. “We will grow together, ensuring that the next generations of researchers work cooperatively and diligently,” she said.

Sustainability also involves communication and the transfer of knowledge to at-risk local communities, Hayashida said, pointing to her own research. “After detecting the parasite, we use analysis to identify the animal source. The evidence is shared with local populations through posters to raise awareness, another crucial aspect of disease control,” she said.

The School of Veterinary Medicine was established in 2007 at the University of Zambia in response to a request for technical cooperation by former Zambian president Kenneth Kaunda. The roots of the project stem from a 1983 visit to Zambia by the Emperor Emeritus of Japan, who was then the Crown Prince, after which construction of facilities began.

This is the first in a series of articles on the SDGs in partnership with Hokkaido University. University World News is solely responsible for the editorial content.