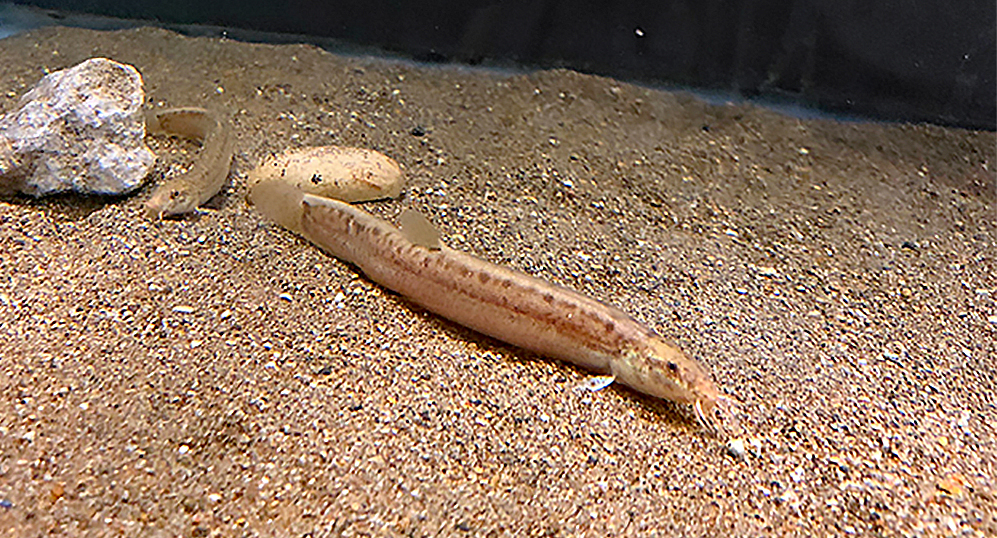 A DNA probing technique clarifies the mechanism behind clonal reproduction of female dojo loach fish, also providing insight into the ancestral origin of the clonal population.

Hokkaido University researchers have developed a technique that allows them to track chromosomes during egg production in dojo loach Misgurnus anguillicaudatus. The study uncovered how female clones double their chromosomes twice to assure clonal reproduction.

The dojo loach is a bottom-dwelling freshwater fish native to East Asia. The majority are sexually reproducing male and female fish. Their ‘somatic’ non-reproductive cells contain a full set of 50 chromosomes—25 from each parent—while their reproductive egg and sperm cells contain 25 chromosomes.

However, a population of female clones of the species can be found in Hokkaido Island and other areas of Japan. Unlike the sexually reproducing female population, both their somatic and reproductive eggs contain 50 chromosomes, assuring their clonal reproduction. How the reproductive process leads to 50 chromosomes in egg cells has been unclear.

To better understand this mechanism, a research team including Masamichi Kuroda and Takafumi Fujimoto of Hokkaido University’s Graduate School of Fisheries Sciences developed DNA probes to track the chromosomes in dojo loach’s somatic and reproductive cells. Previous studies have suggested that the female clone population arose when two genetically distinct groups within the species, called A and B for simplicity, mated. Kuroda and his colleagues developed a fluorescent DNA probe that binds to specific chromosomal regions derived from type B.

According to the results published in Chromosome Research, the fluorescent signals indicated that somatic cells of the female clones have 25 chromosomes derived from type B, providing evidence that their ancestral origin arose when type A and B mated. 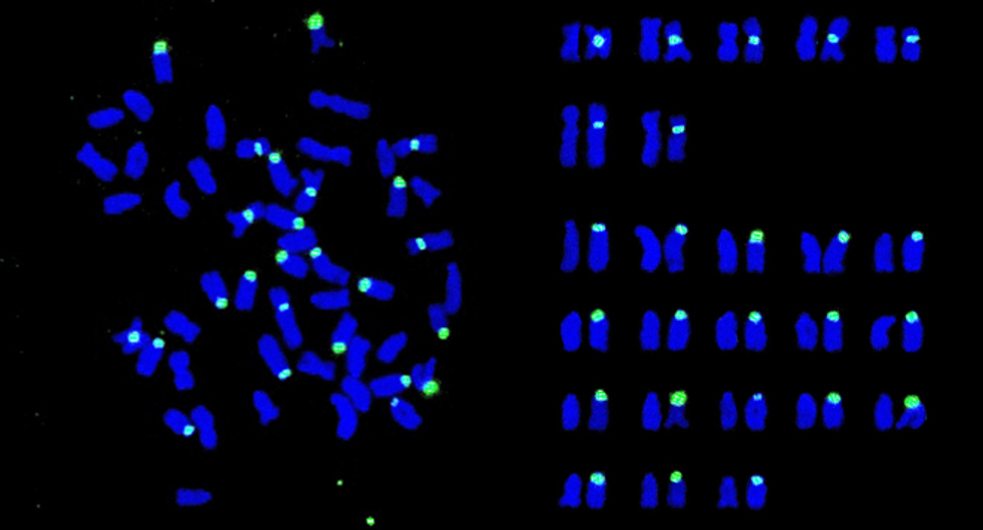 Fluorescent signals indicate that the half of the chromosomes in the somatic cells of female clones are derived from type B (green signals). (Kuroda M. et al., Chromosome Research, June 7, 2018)

They then looked into the process of egg production using the DNA probes. In the sexually reproducing dojo loach, reproductive cells divided through the normal process of meiosis, in which a single cell containing a full set of 50 chromosomes produces one egg containing 25 chromosomes. This requires doubling chromosomes once.

In the female clones, the team found that the chromosomal material doubles twice so that when it divides, each results in an egg cell containing a full set of 50 chromosomes.  Fish sperm activates these egg cells to start developing embryos without incorporating their genetic material into them.

“This is the first time that ‘cytogenetic’ evidence has been found for this type of chromosomal duplication in a unisexual, ray-finned fish. Further study could help develop a seedling production that can produce a large population of clone fish with desirable characteristics,” says Takafumi Fujimoto. 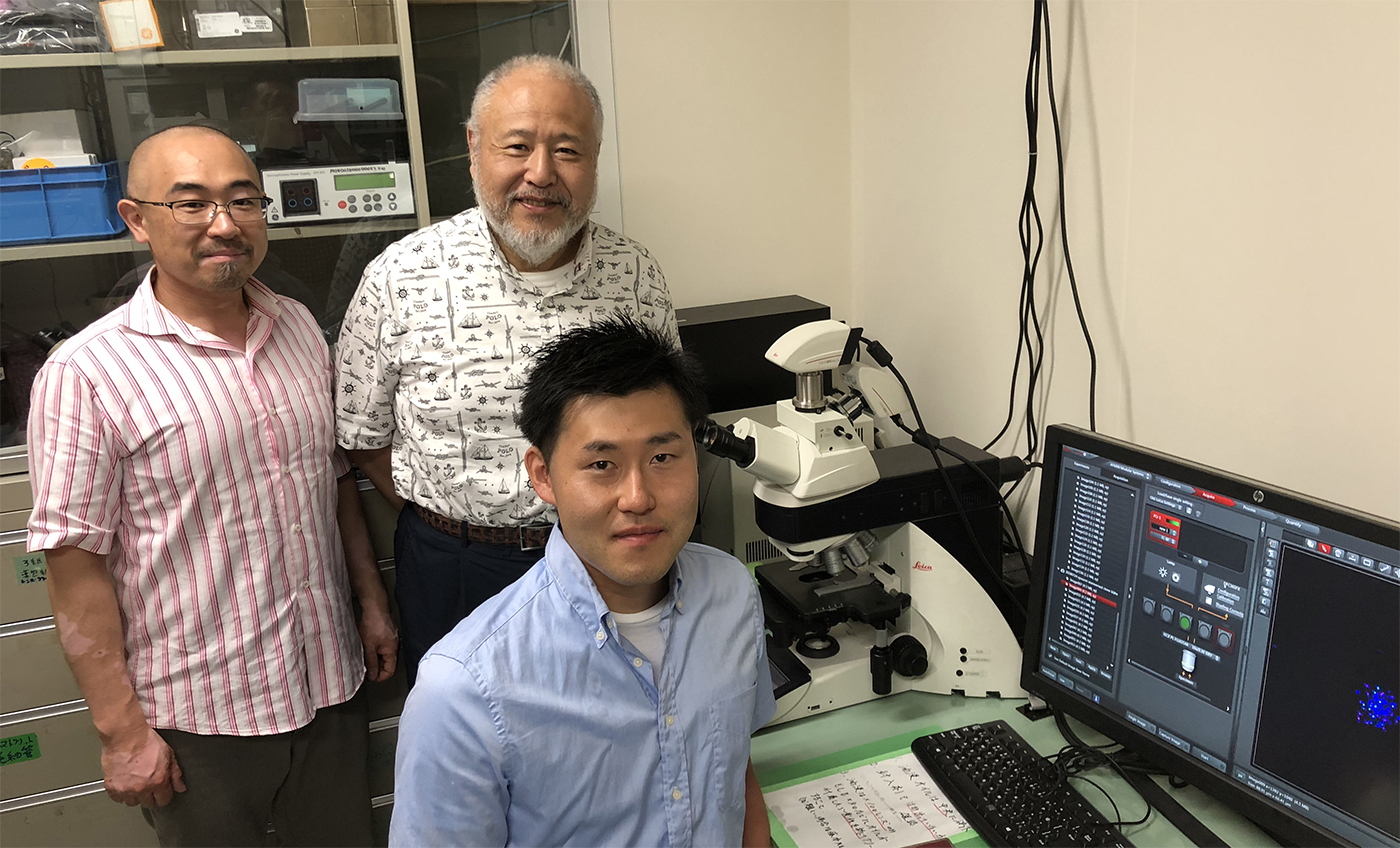 Takafumi Fujimoto, Katsutoshi Arai and Masamichi Kuroda of the research team (from the left).

This study was supported by Grants-in-Aid from Japan Society for the Promotion of Science (JSPS) KAKENHI Grant (15H02457) and JSPS Research Fellow (17J01971).