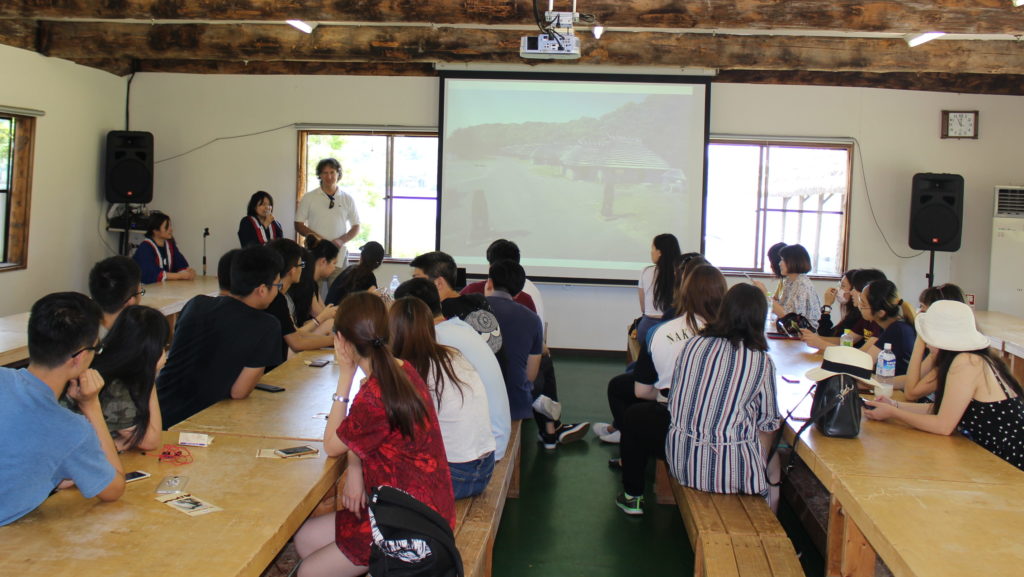 Field trip to the Ainu Museum

The Hokkaido Summer Institute (HSI) offers a plethora of courses from a variety of disciplines. This summer, the course with the highest demand is one offered by the Graduate School of International Media, Communication and Tourism titled “Contemporary Japan” and was taught by faculty from Hokkaido University and the University of Melbourne.  It offered undergraduate students the chance to learn and think critically about Japanese society whilst living in Japan and experiencing the culture.

Throughout the course, students were given opportunities to discuss their own ideas, and were encouraged to question stereotypes and contextualize different perspectives in which to approach cultural studies. Readings from a range of academic disciplines were utilized to stimulate the students’ analytical skills. The class also included two field trips, the first to the Ainu Museum in Shiraoi and the second to New Chitose Airport. This latter trip gave the students a chance to consider the airport as a site of tourism versus a transportation hub.

Thirty students from universities all over the world, including from the United States, China, and Australia, attended the course. “I wanted to know more about the culture and society as a whole – rather than learning just the language,” said Jordan Ung from the University of Melbourne. Another student from Melbourne, Misa Murphy, who is pursuing a degree in music, said that she chose the HSI because it counts towards her degree requirements and that she has always wanted to come to Japan anyway. “I also really like Japan’s model of education. I want to learn more about it and hopefully help employ some aspects of it in Australia,” she commented. 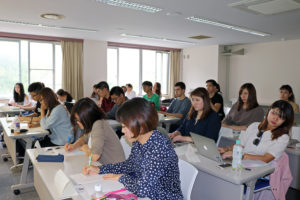 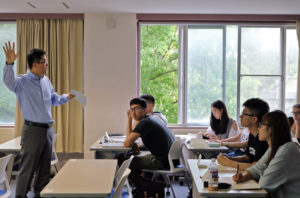 The primary lecturer, Professor Akihiro Ogawa from the University of Melbourne, remarked on how popular enrolling in the course was for students of his university, and that with the conclusion of the course, this should lead to more collaborations between the two universities. “It’s the first teaching collaboration between Melbourne and Hokkaido. It’s great because this has been the start of the start!” he remarked.

“Contemporary Japan” well represents the characteristics of the HSI as an interactive and engaging opportunity to learn and live Japan. Check out the other exciting courses offered by the HSI here.