HSI Report: Dream and Fantasy in Japanese Literature and Film

Students from North America, South America, Europe and Asia came together for 4 days to intensively study the unseen Japanese world, its spirits and gods, as well as its portrayal in Japanese literature and theater. The course, titled “Dream and Fantasy in Japanese Literature and Film,” was run by Professor Ted Goossen of York University and Hokkaido University’s Associate Professor Peter Firkola between June 19th and June 22nd.

“A lot of students ask for courses on Japanese literature taught in English, so we decided to create one for the Hokkaido Summer Institute,” explained Peter Firkola. 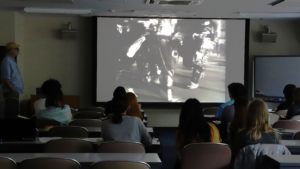 Watching and analyzing the 1953 film Ugetsu. 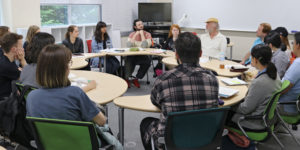 Discussion of The Tale of Genji.

The course began with an introduction to the Japanese spiritual world and religion. Afterwards, the students watched the 1953 film Ugetsu directed by Mizoguchi Kenji and read two stories from the book written in 1776 by Ueda Akinari.

“I chose Ugetsu because it dramatizes the close relationship between the living and the dead and because the film is regarded as one of the greatest ever made.” Ted Goossen remarked. “Japanese culture is rich in ghosts—their world and ours is seen to be separated by only the narrowest of margins.”

The students then went on to read and analyze a famous scene from The Tale of Genji, which is around a thousand years old, and contemporary stories by Kawakami Hiromi and Yoshimoto Banana, all of which feature characters from “the other side.”.

“I really like literature, and I want to know more about Japanese literature, so I took this course,” said Anastasia Zhigunov, a Russian student from the University of Warwick.

The course gave the students the opportunity to study a specific aspect of Japanese culture during their stay in Japan. It was taken by half-year and full-year exchange students, Hokkaido Summer Institute students, and one internal Japanese student. 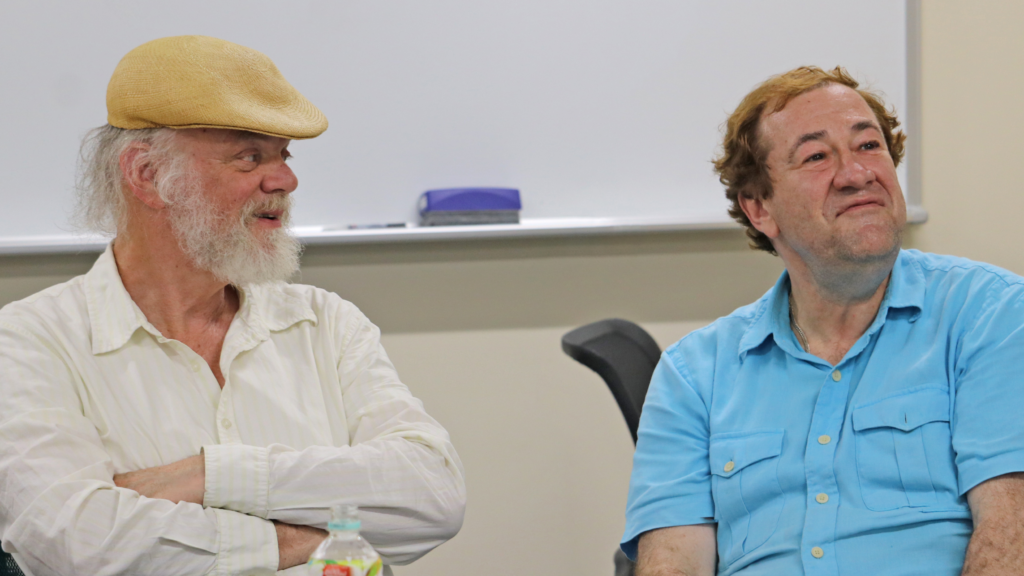