More than 60% of the energy produced by fossil fuels is lost as heat. Thermoelectric energy conversion has attracted much attention as a way to convert waste heat from power plants, factories and cars into electricity. However, currently available technologies need improvement to become viable on industrial scales.

Researchers at Hokkaido University in Japan have proposed the use of high mobility electrons generated at a semiconductor interface called 2D electron gas (2DEG), which can improve the ability of thermoelectric materials to convert heat energy into electricity. 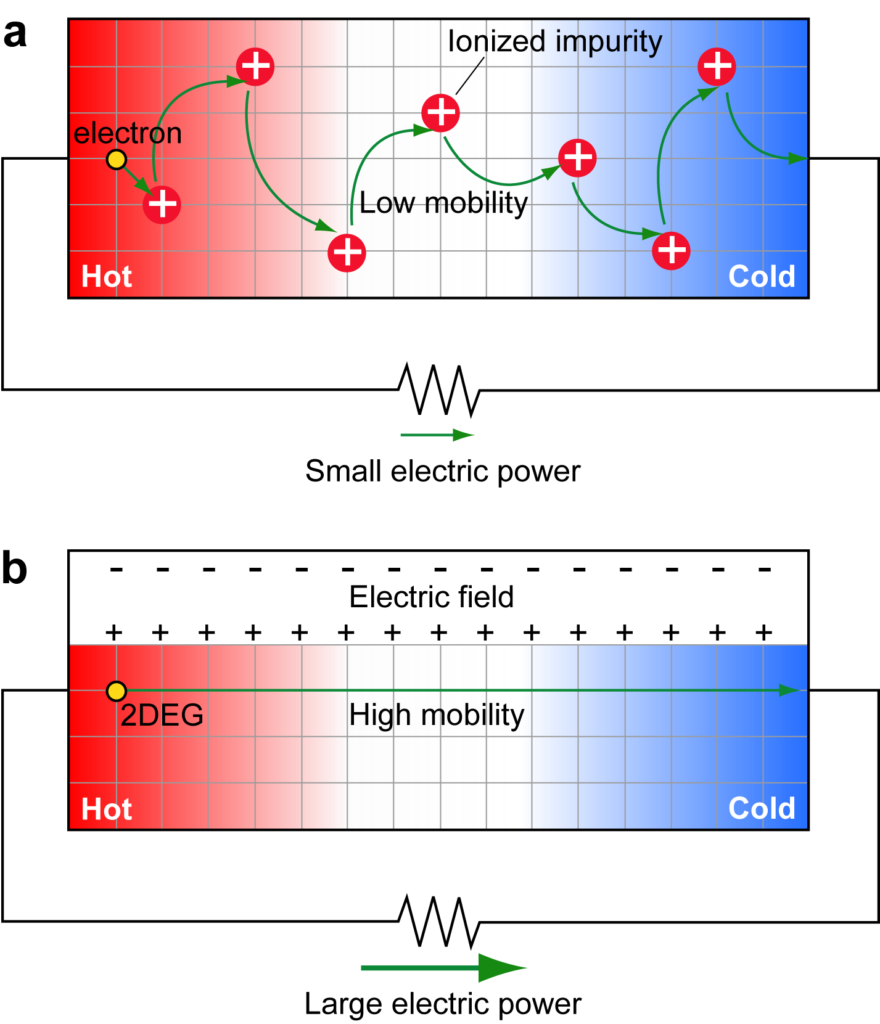 (a) In conventional semiconductors, electrons flow from the hot to the cold side with low mobility caused by ionized impurity. (b) In the newly developed semiconductor without the impurity, 2DEG can flow with high mobility. (Ohta H. et al., Advanced Science, November 20, 2017)

The researchers made a transistor on the 2DEG at the interface between two semiconducting materials, aluminum gallium nitride and gallium nitride. When an electric field was applied, concentrations of 2DEG could be modulated without reducing its high mobility. The 2DEG’s “power factor,” which is a measure of its electric power, is two to six times higher than most state-of-the-art thermoelectric materials.

Efficient thermoelectric energy conversion requires materials with high electrical conductivity, low thermal conductivity, and a large thermopower which is high voltage produced in response to the difference in temperatures across the material.

Current nanostructuring techniques have managed to significantly reduce the thermal conductivity of these materials, thus improving their performance.  A high power factor is also necessary for efficient power generation, but improving it has been limited because it necessitates simultaneously increasing a material’s thermopower and its electrical conductivity, which is difficult. Electrical conductivity has remained low due to ionized impurities in the material that suppress the mobility of electrons.

Applying an electric field to the transistor fabricated by the Hokkaido University researchers allows modulating both the material’s thermopower and its electrical conductivity without suppressing its high mobility.

“Although the device cannot be used as a thermoelectric generator because it is too thin, the 2D electron gas approach should open avenues for further improving the performance of state-of-the-art thermoelectric materials,” says Hiromichi Ohta, the lead author of the study published in the journal Advanced Science. 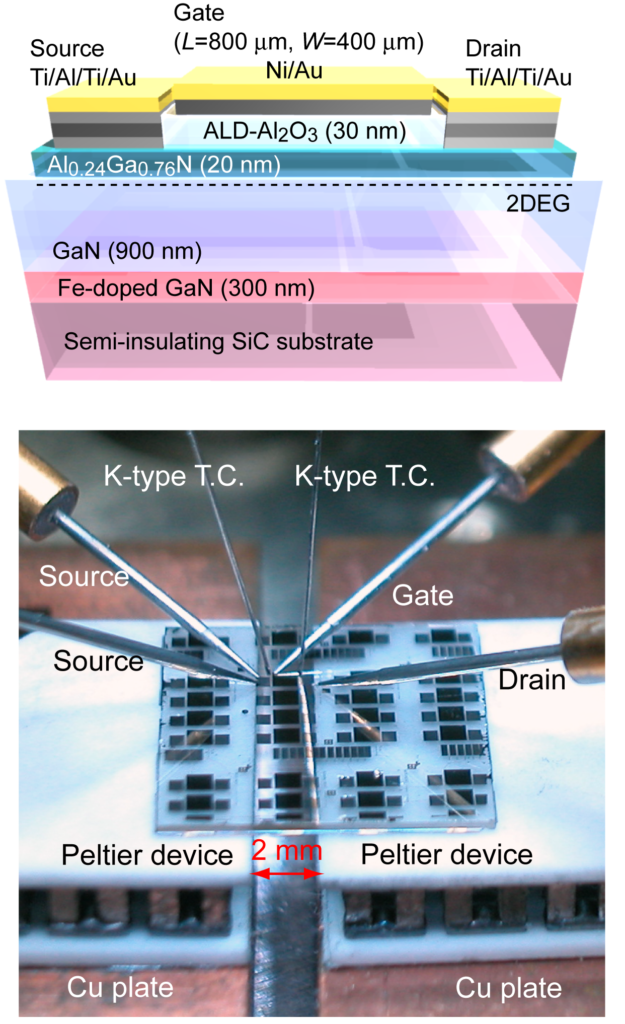 (Top) Schematic illustration of the transistor, which can control the density of 2DEG at the interface between AlGaN and GaN. (Bottom) Photograph of the transistor during measurement. (Ohta H. et al., Advanced Science, November 20, 2017)