Walking a tight line to study the properties of soft materials

Tiny “walking” proteins could be used to investigate mechanical deformations in soft materials according to Hokkaido University researchers.

The researchers employed a concept that is a part of the transportation network in cells. “Walking” filament-shaped proteins, such as kinesin, carry cargo on one of their ends while two foot-shaped structures on the other end move one “foot” in front of the other along a network of associated protein microtubules in the cells.

The team aimed to test whether these walking proteins and their associated proteins could be used as a sensor for stretching and compressing a soft silicon-based material polydimethylsiloxane (PDMS) that is used, for example, in manufacturing contact lenses.

First, they deposited kinesin motor proteins on the surface of the PDMS so that one end of the kinesin proteins was attached to the PDMS, while the other end remained free. Next, the team deposited fluorescent-microtubules on the kinesin-layered surface. The layered PDMS was then placed in a special stretch chamber that was observed under the microscope.

The team also tested the use of the microtubules as “probes” to detect the mechanical deformation of another soft material, polyurethane, a material commonly used in the manufacture of artificial skin and heart valves, and came up with similar results.

“Although further research is still required to prevent the denaturation of the proteins which occurs during the experiment, our present work should facilitate the elucidation of the surface science of soft materials in the future,” the researchers say in their study published in the journal Nature Communications. Akira Kakugo, the lead author of the paper, further explains: “since deforming soft materials provides environments that resemble living cells, our method could also help make clear the functions and mechanisms of motor proteins and microtubules interacting in the cells.” 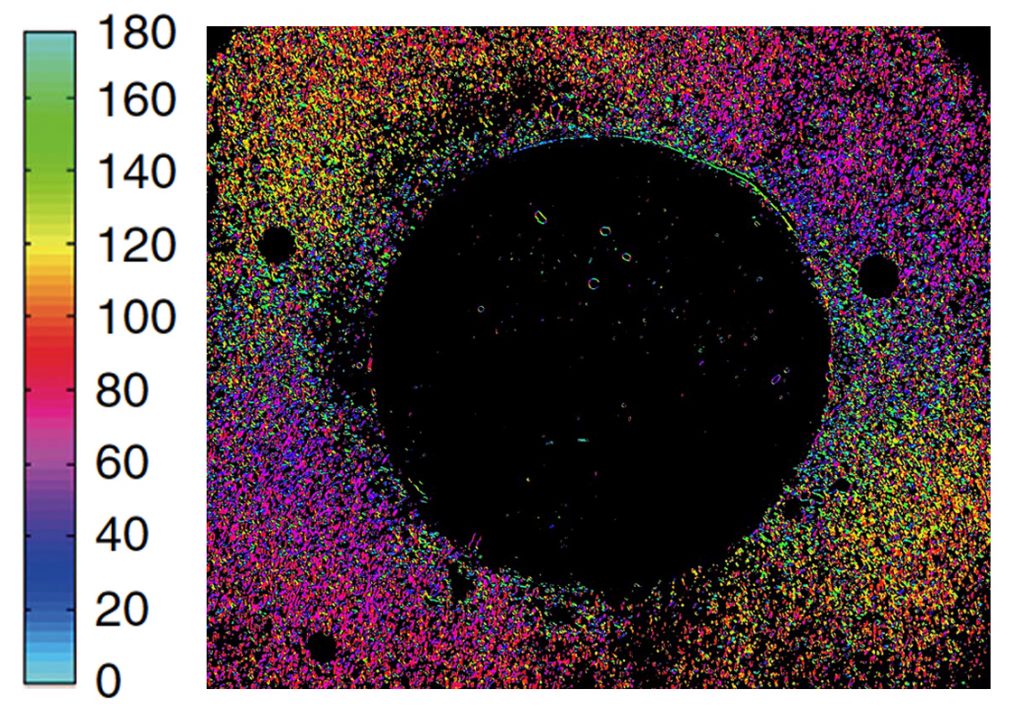 A color map illustrating the orientation angle of the probes with respect to a horizontal stretch axis in a homogeneous stress field. (Inoue D. et al., Nature Communications, October 3, 2016)