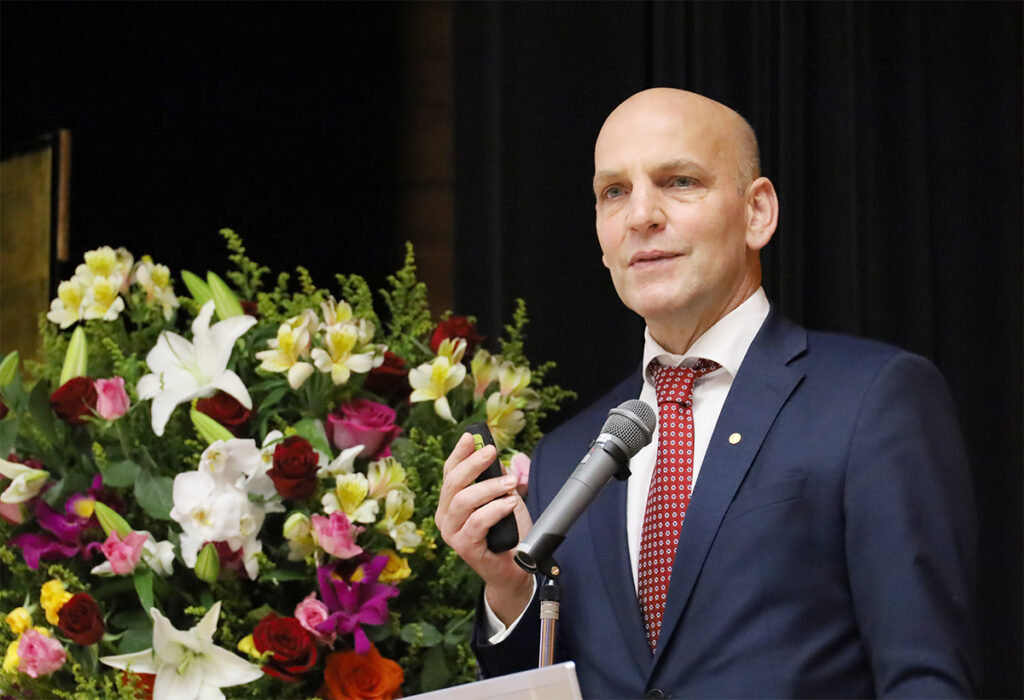 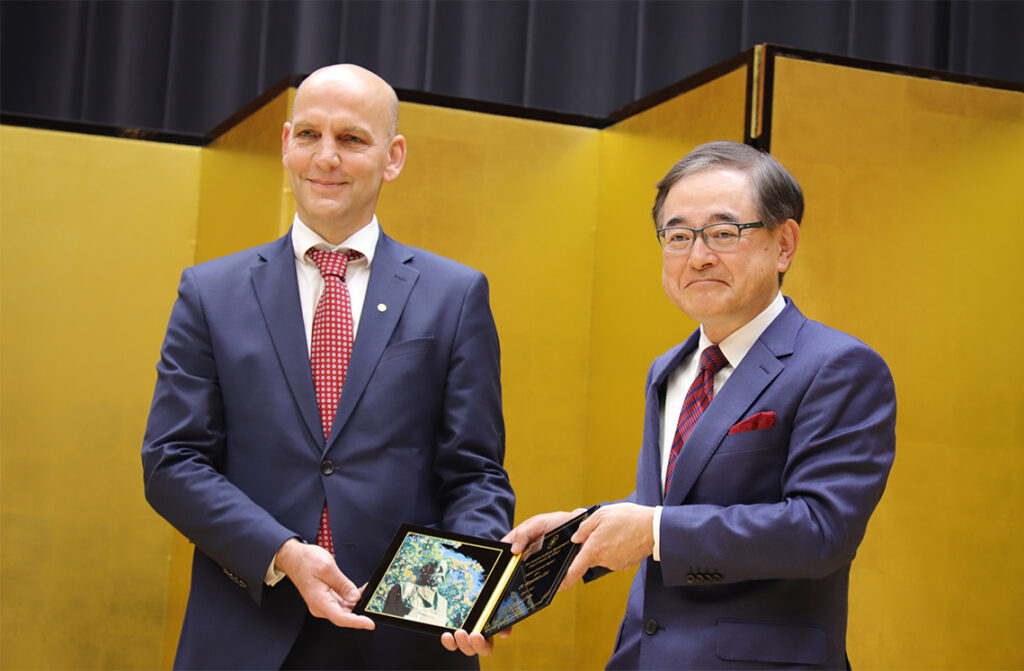 At the ceremony, Hokkaido University President Kiyohiro Houkin, Federal Republic of Germany Ambassador Extraordinary and Plenipotentiary His Excellency Dr. Clemens von Goetze, and Hokkaido Governor Naomichi Suzuki delivered remarks, congratulating Dr. List on his Nobel Prize, and addressed the importance of strengthening ties with Dr. List and the German scientific community. Dr. List then delivered a commemorative lecture in which he explained the fascination of catalytic research, which holds the key to various chemical reactions, and how he discovered asymmetric organocatalysis — for which he was awarded the Nobel Prize. He also mentioned the development of artificial photosynthesis, which breaks down carbon dioxide into carbon and oxygen, as one of the ultimate research goals in catalytic research.

On the following day, September 22nd, he gave a lecture for students entitled “A Message to the Next Generation,” in which he stressed the importance of following one’s enthusiasm. He said, “Follow your enthusiasm and don’t be attached to outcomes. If you do what you love, it doesn’t really matter whether you reach your goal or not. But, if you do what you don’t really love and don’t reach your goal, you won’t be happy.” According to Dr. List, his parents gave him a lot of freedom when he was a child, and he built a laboratory in the basement of his apartment where he worked on his favorite chemical experiments. Later, he became fascinated with “catalysts,” which promote chemical reactions, and eventually got the idea that led to his Nobel Prize when he looked at the structure of an enzyme — an organic catalyst. He also emphasized the importance of “being open to all possibilities (without being bound by stereotypes). 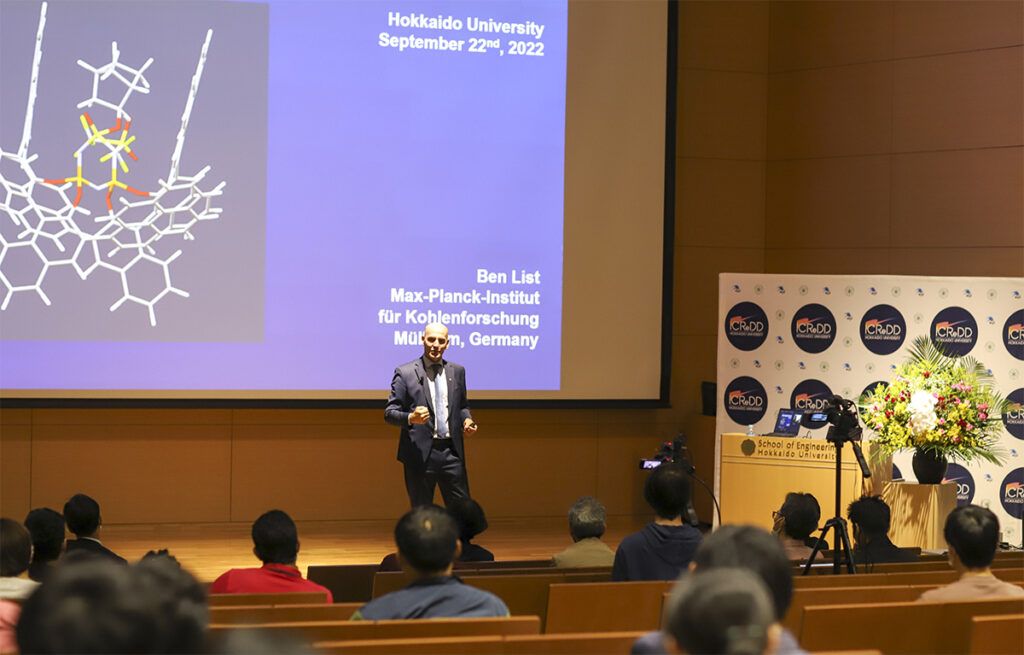 At the press conference that followed, asked by a reporter how he felt about receiving the Nobel Prize, he answered, “There is no greater award for a scientist, and I am truly honored. However, it is almost too much for one scientist. It is the result of great contributions by many other groups and countless scientists who preceded in the field but are not recognized. So, I would like to share the prize with them.” As for his future research, he said, “It would be great if I could contribute to solving social issues while doing the fundamental science that I love. I would be happy if I could make even a small contribution through chemistry, especially in solving issues related to global warming.”

Dr. Benjamin List’s Thoughts and Messages upon Winning the 2021 Nobel Prize in Chemistry